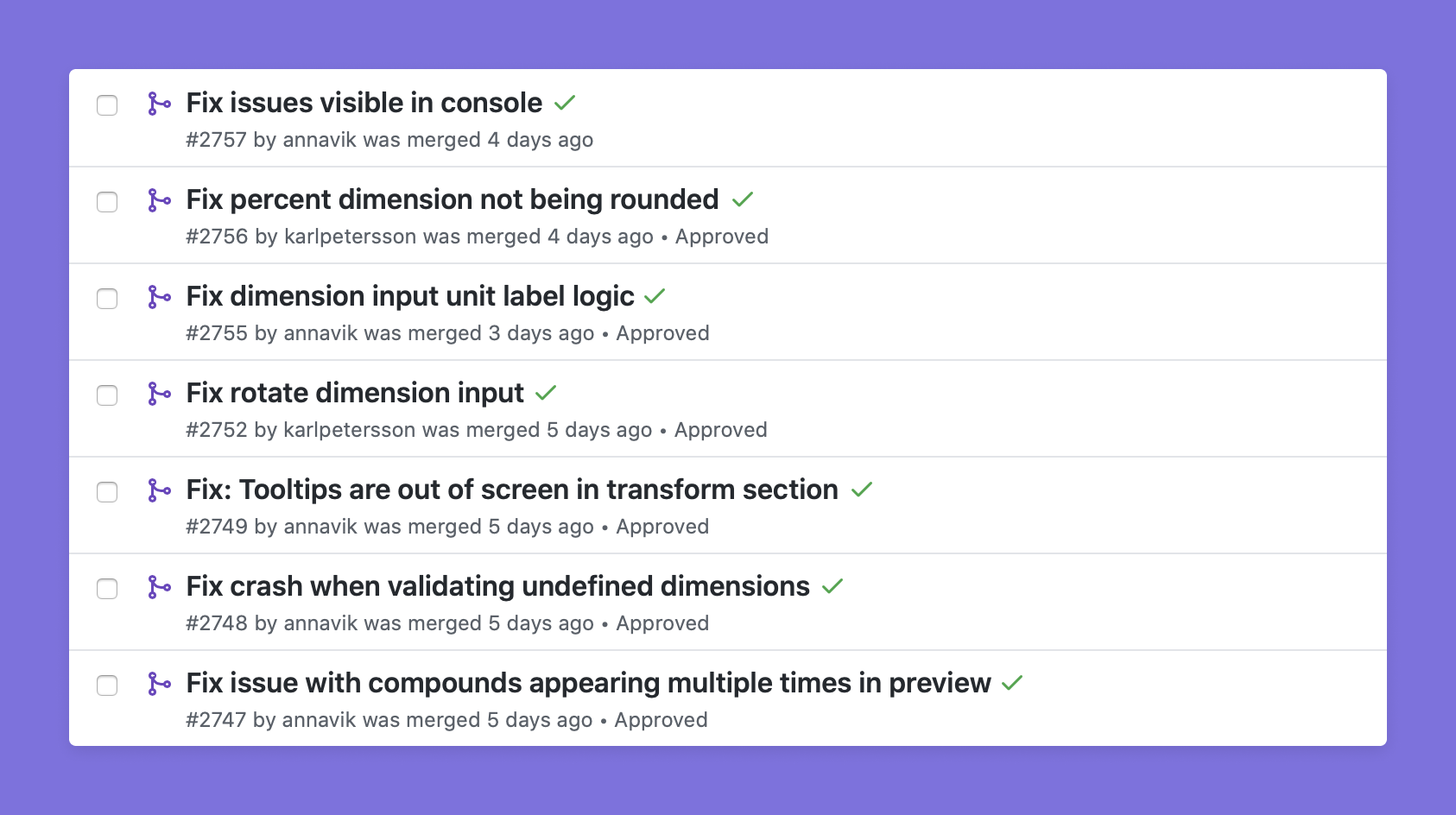 As hundreds of new users are gaining access to Visly each week, we've been focusing all our efforts on fixing bugs and smaller issues you guys have been reporting - you can see the details of what exactly we've fixed below. Thanks to everyone who's sent in feedback so far - please keep it coming!

Our main focus for the next few weeks outside of ramping up invitations is to improve the performance of Visly for larger projects and fix any issues that come up as you start to build UI with Visly.

As I mentioned above, we're onboarding hundreds of new users to Visly every week now - if you'd like like to be one of these early users, you can request access here. 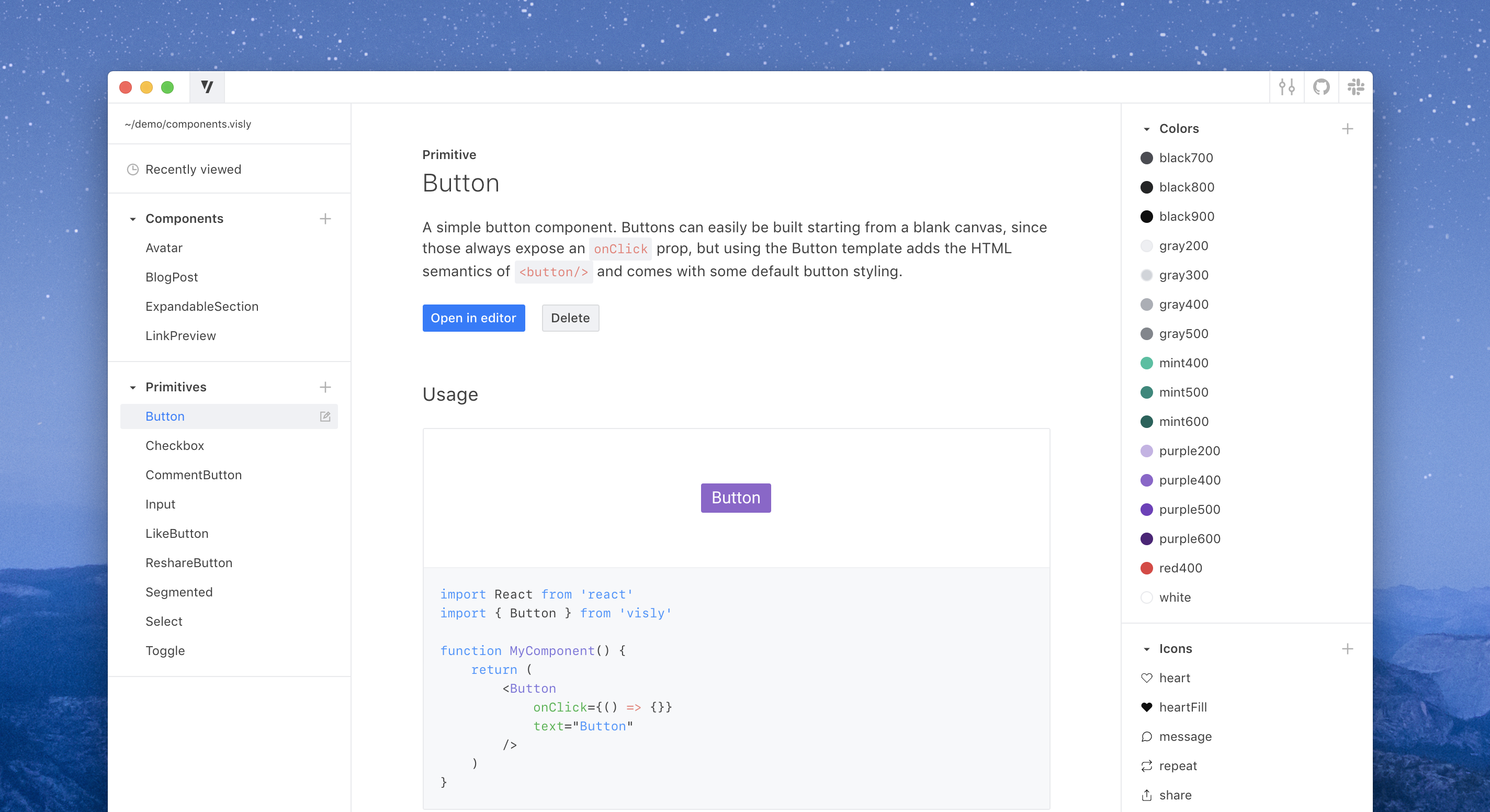 You may have noticed that we've been quiet this past month. And that's because our team has been incredibly hard at work to deliver a whole suite of amazing updates to Visly. We've closed over 100 small bugs and pushed some big new features, including a style guide for all your components, Next.js support, and support for sub-components.

We've also ported most of our user-facing UI components to be built in Visly. As a result, there's now less code to maintain and our design team is now able to contribute using pull requests. Starting this month, we'll also be opening up Visly to many more people! If you want to ensure you're able to gain access over the next few weeks, make sure to request access now. 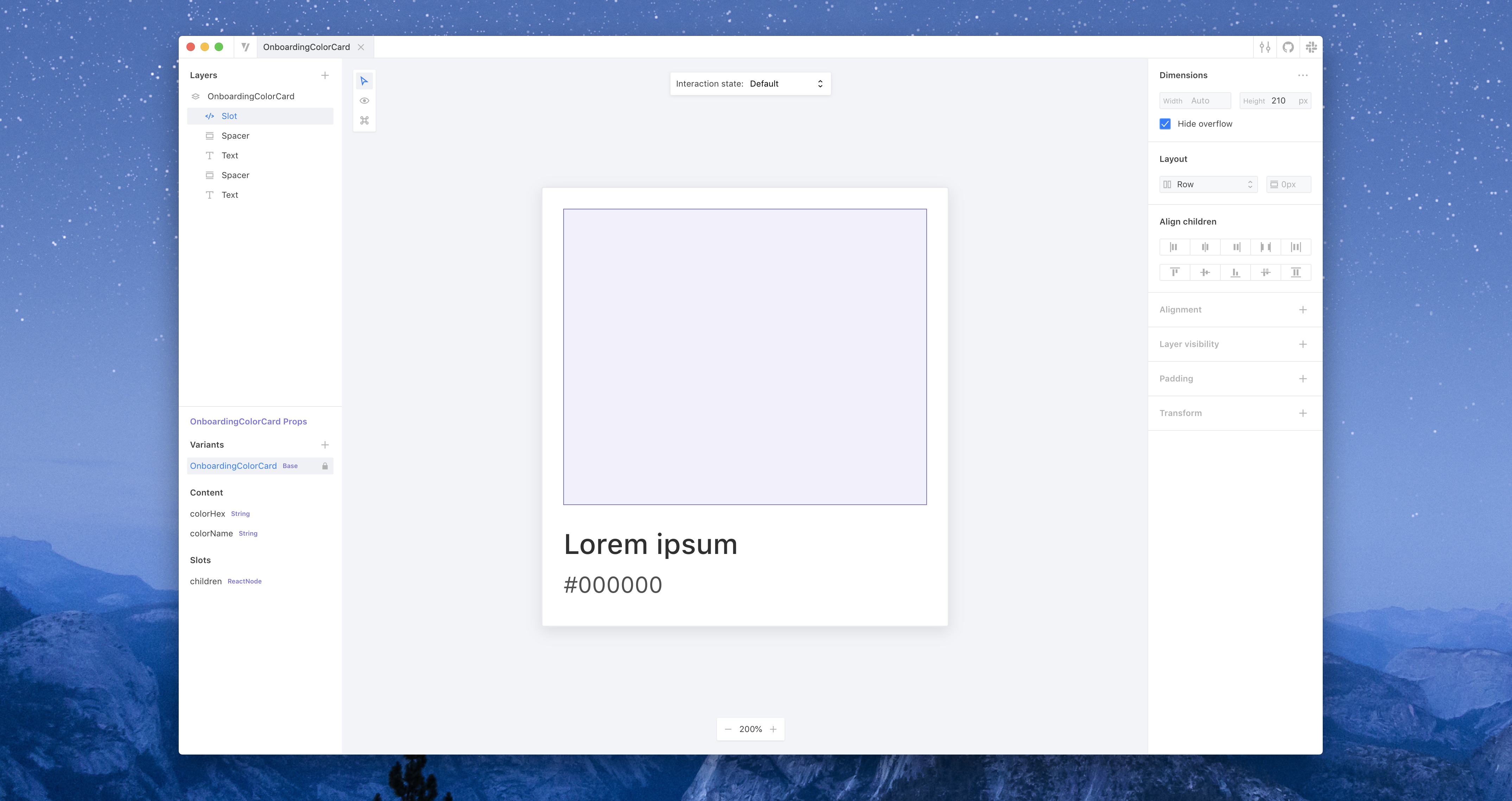 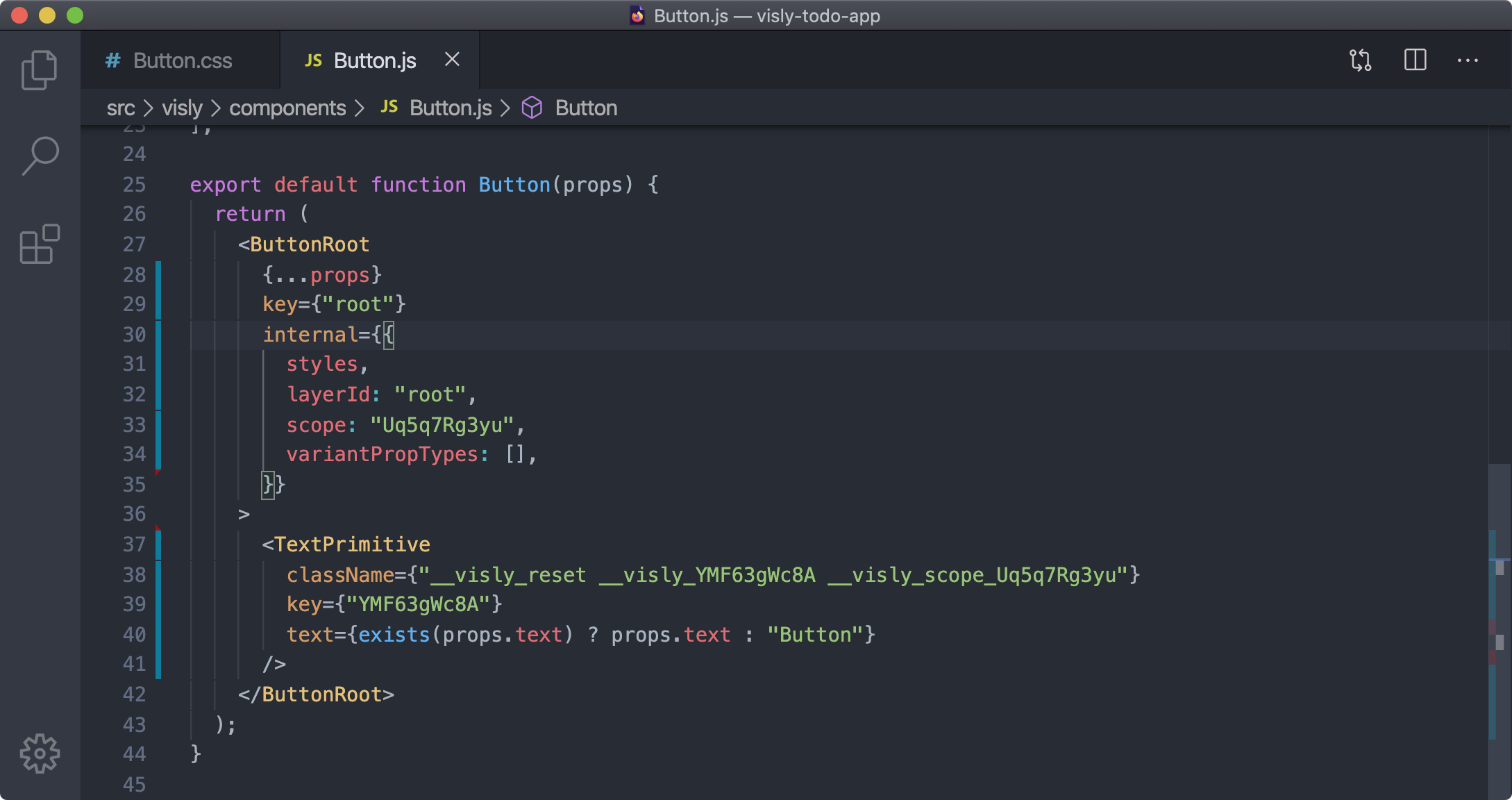 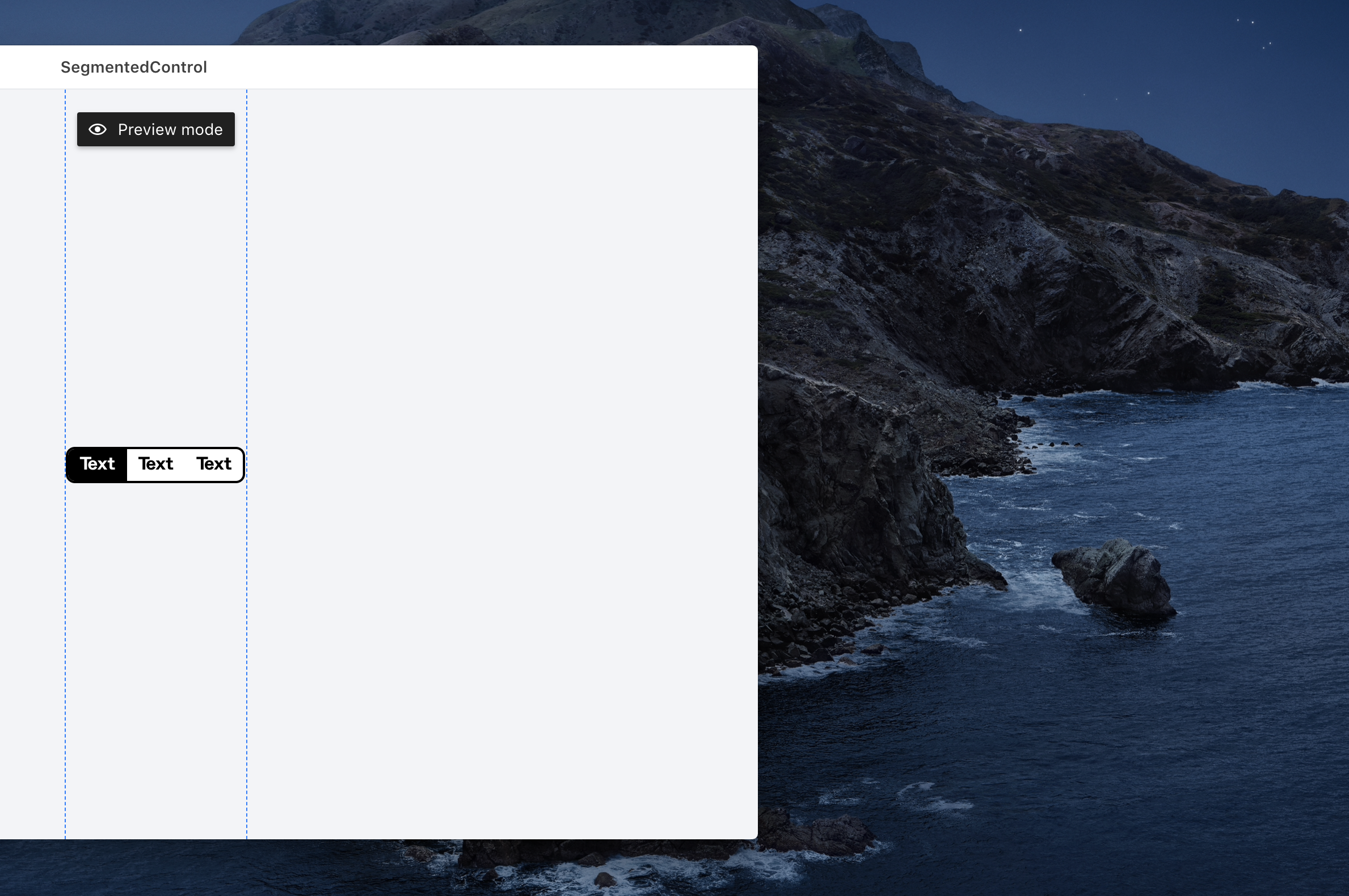 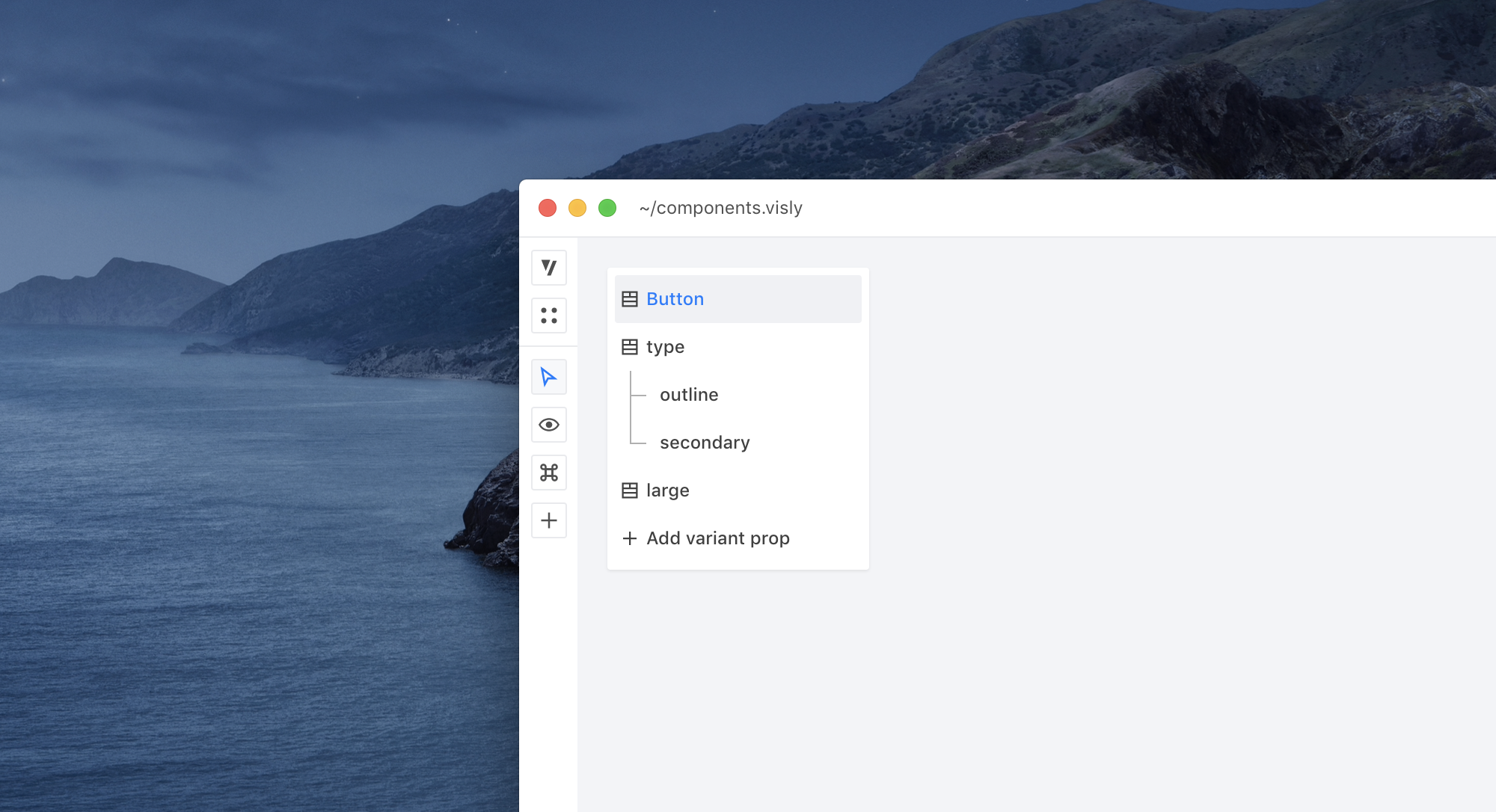